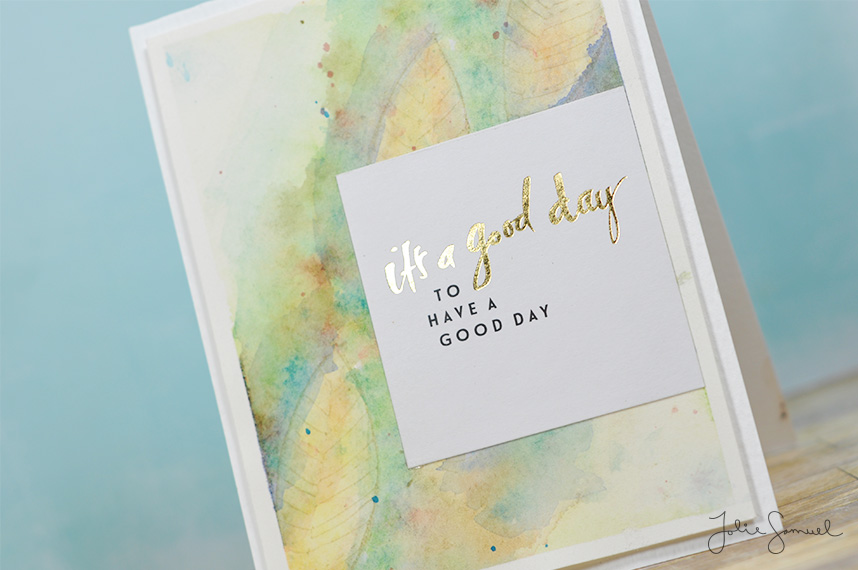 Today’s card features a technique of watercolor that uses stamped images to create a scene. This card doesn’t necessarily have a precise story to tell, but it is more an expressive story.

I repeatedly stamped a feather across the page and then began a technique called negative space coloring. I added several brush loads of water onto the card and then began dropping in color on to the feathers. I started with yellows, then worked my way into greens, added a splash or two of reds (which turned into a lovely autumn shade of brown) and then after everything dried, added in blues.

Once everything was dry I used a lifting technique of using a wet paintbrush to pick up pigment from the places I didn’t want it. Which in this case was the center area of the feathers. I liked how some of the feather is defined and other areas are losely covered with pigment. Very cool.

I don’t know what exact story this image tells but It defintely sends positive vibes. 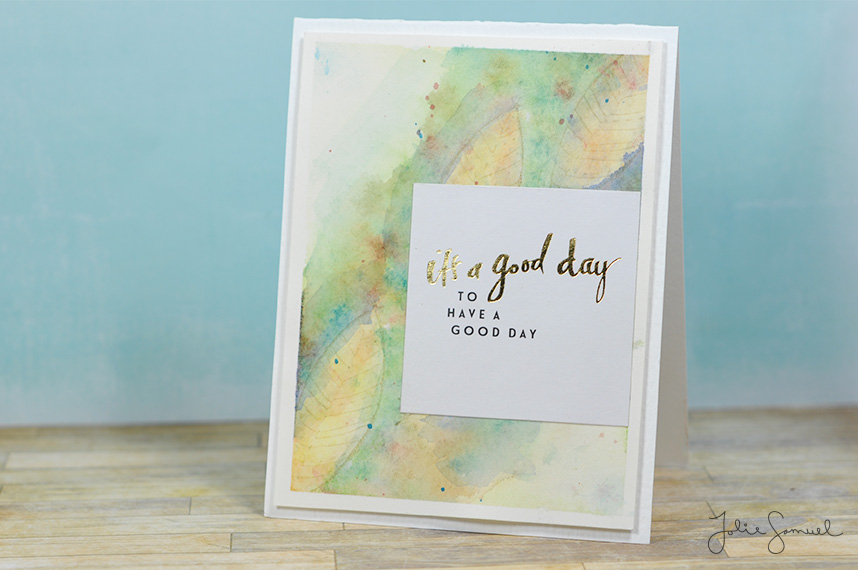 I added in a fun sentiment and called it finished on this card. 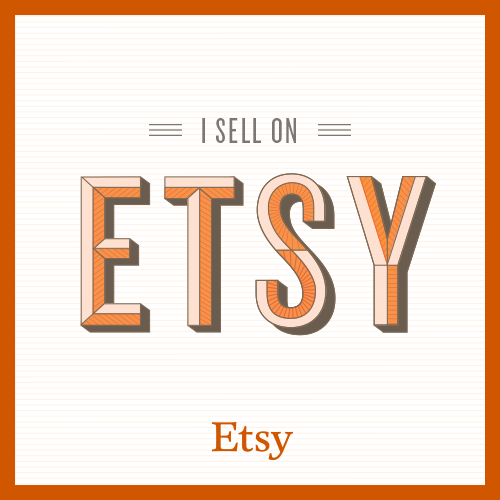